Beat Blogs, Lee: Before During & After: Central American Migration

During: The Journey to the North

Featured Image: 25 year-old Óscar Martínez and his daughter Valeria who failed to U.S.-Mexico border in the summer of 2019 (Source: El Espectador)

In the first article of this Beat Blog, I had mentioned the great uncertainties and hardships that follow the decision of Central American migrants to leave their homelands. These include not only the difficulties of cultural adjustments or discrimination that we commonly associate with immigration to a foreign country, but also the threat of death.

An unforgettable representation of the life-and-death decisions migrants have to go through was the tragedy of a young Salvadoran family. A twenty-five-year old father, Óscar Martínez, and his 23-month-old daughter, Valeria, were denied their desperate struggle for survival crossing the Rio Grande from Mexico to the United States. The jarring image of the father’s body and the baby within his shirt both faced down lifeless in the river had chilled the world last summer. I decided against including this particular image in the article for the recirculation of the traumatic scene should not be necessary for us to realize the severity of the issue.

However, the virality of this photo at the time revealed that many of us were blind to it. The portrait of death was a haunting reminder that the Central American exodus is a humanitarian crisis that is sacrificing innocent human lives to chaotic political discourse over border policy. As America fretted over the “invasion” of migrants, there were hundreds of Valeria’s killed at the border each year. They’ve died of thirst and hypothermia in the Arizona desert, drowned in the canals and the ditches, killed by accidents on the road while pursued, shot by Border Patrol. According to the United Nations migration agency, “more than 800 people died last year…while migrating across the Americas, making 2019 one of the deadliest years on record.” The Missing Migrants Project (MMP) at the International Organization for Migration’s Data Analysis Centre in Berlin also reported that more than 3,800 deaths have been recorded across the continent since 2014.

As discussed in my previous article, dire conditions in the Central American states force the migrants to this deadly journey. We say we feel sorry for the unfortunate circumstances of our neighboring countries that put its people’s lives at risk, but how can we distance ourselves and stop at feeling bad? How can it be simply another country’s misfortune when we have seen children and families dying at our own border because our very own policies blocked their escape from death?

Even after migrants survive the hazardous journey across the border, detainment often frustrates their hopes and places their future on an indefinite hold. Last year, the U.S. Border Patrol had separated children from the protection of their parents and detained them in physical and emotional vulnerability. According to the Journalist’s Resource, detention centers held between 10,000 and 12,000 migrants under custody of the Customs and Border Protection (CBP) while 6,000 detainees are already considered to be a crisis level of detainment. Overcrowding in the facilities were followed by more alarming health problems. Researchers have found widespread post-traumatic stress disorder, depression, anxiety, weight loss, and sleep problems in detainees, especially among children. Although the separation of families faced international criticism and had been halted, the fundamental lack of adequate health support is yet to be fully addressed. 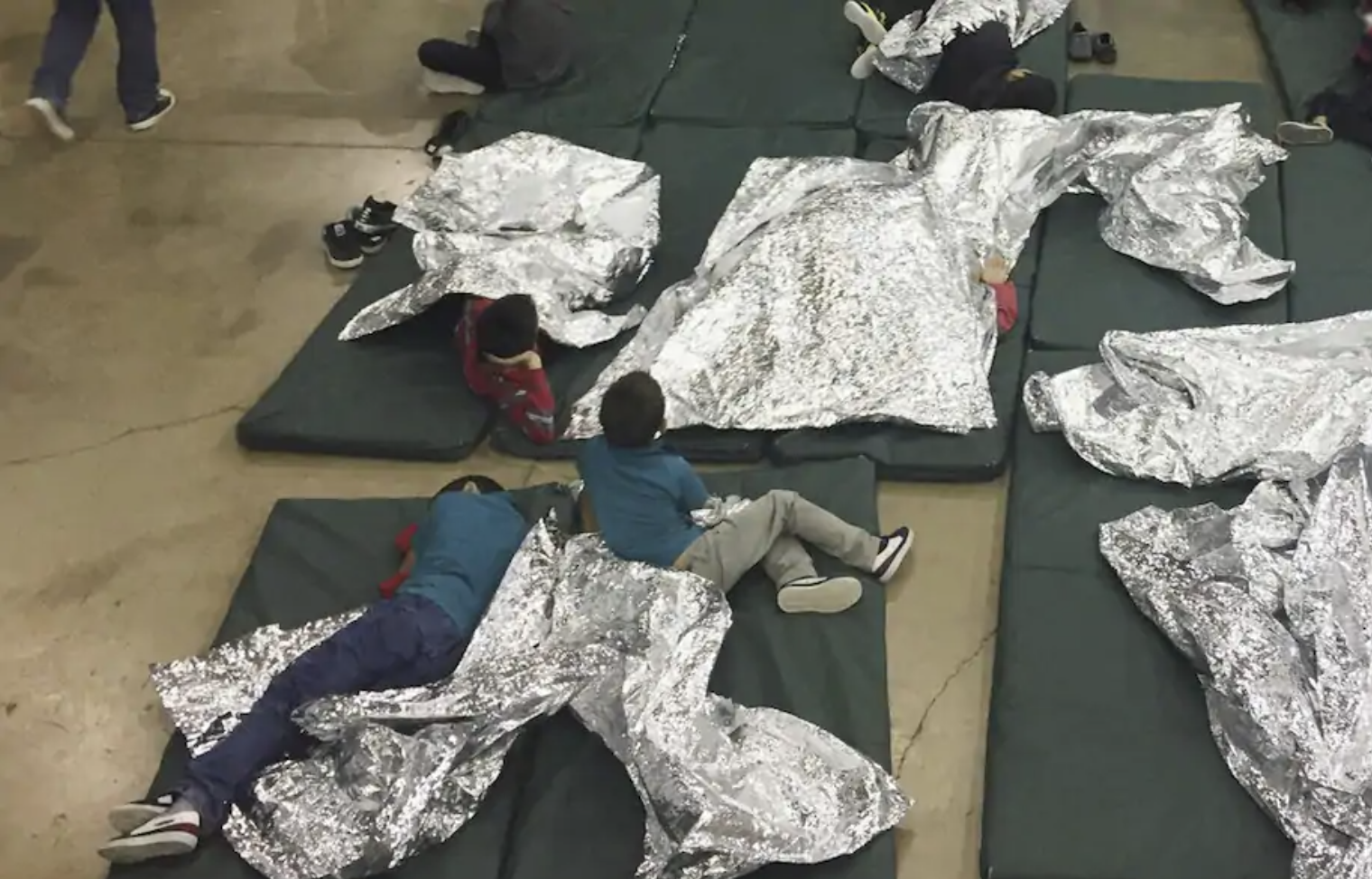 The health of detainees has grown even more concerning due to the current pandemic. In May, Elfaro reported the case of a detainee in Arizona who “was suffering from high temperature, hacking cough, and body aches” in isolation for five days without being examined for the coronavirus. The overcrowded and unsanitary conditions of the detention centers make the tens of thousands of migrants under custody vulnerable to infection. In August, over 20 percent of the migrant detainee population were testing positive, but ICE (Immigration and Customs Enforcement) was dramatically under-reporting COVID-19 cases by one-fifteenth on average and failed to release detainees to control the virus spread.

The health issues are compounded by dehumanizing behavior of ICE officers and facility guards. The Guardian obtained testimonies of many detainees accounting the cruelty of guards yelling at children and kicking people who did not wake up in time. The Washington Post also reported the story of Eduardo, a sixteen-year-old from Guatemala who was separated from his cousins and taken into a small room by an officer who threatened to put him in jail for ten years and slapped his face. Burdened by physical abuse and psychological threats, detainees are robbed of dignity and basic human rights. An anonymous asylum-seeker spoke in an interview choking in tears, “There we were, caged up like animals, and they were laughing at us.”

President-elect Joe Biden announced plans to dismantle President Trump’s hostile immigration agenda and detailed that his administration will narrow down who can be arrested by immigration agents and implement a 100-day freeze on deportation (CBS News). As new policies are enacted, we must remain attentive to what happens during migrants’ journey to the U.S. before deportation. Furthermore, to rebuild the eroded humane migration enforcement, we need to do more than just reverse anti-immigration policies of the Trump administration or restore the Obama-era programs. True reform must aim at correcting the problematic ways immigration law had been enforced at the border in the past through all administrations. And whatever the policies may be, the starting point must be the indisputable recognition of being equally human.